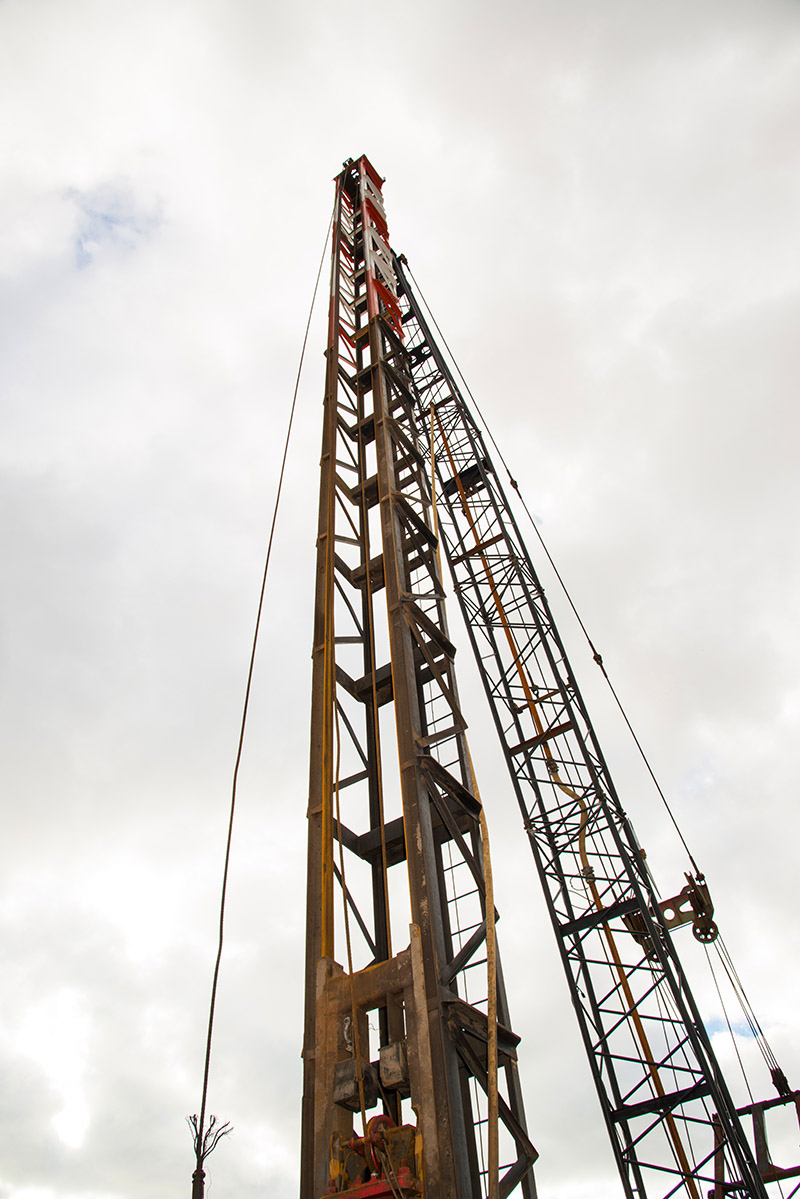 Double Acting Air-Steam Hammers differ from single acting hammers because they apply steam or air pressure to the top of the piston upon upstroke valve turnover, enabling the stroke to be shorter. This makes a higher blow rate possible, which is advantageous in some situations.

Differential Acting Air-Steam Hammers have similar operating characteristics as the double acting hammers. These hammers have a simpler valve configuration, and the air or steam is constantly pressurized under the piston. 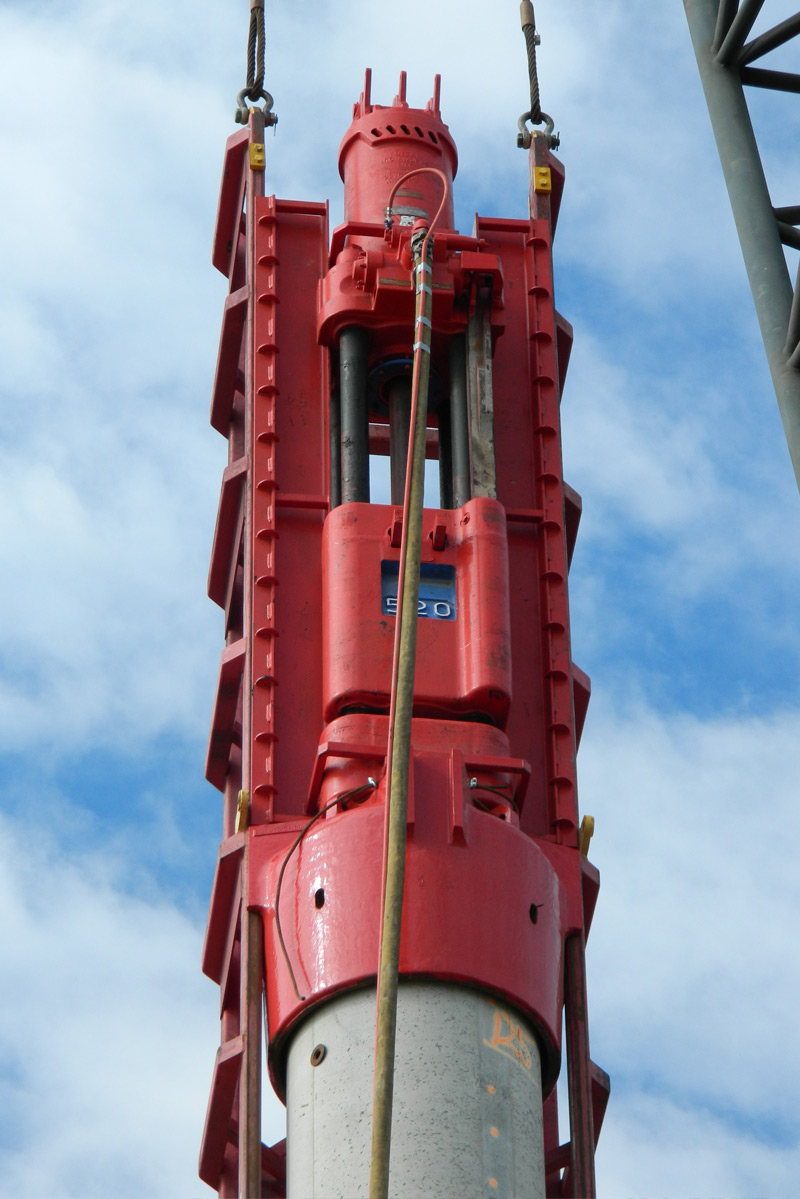 Single acting hammers are by far the more common in use, having proven their driving abilities with many platforms in all parts of the world.


Demonstration of the Vulcan 520 Air Hammer in Action 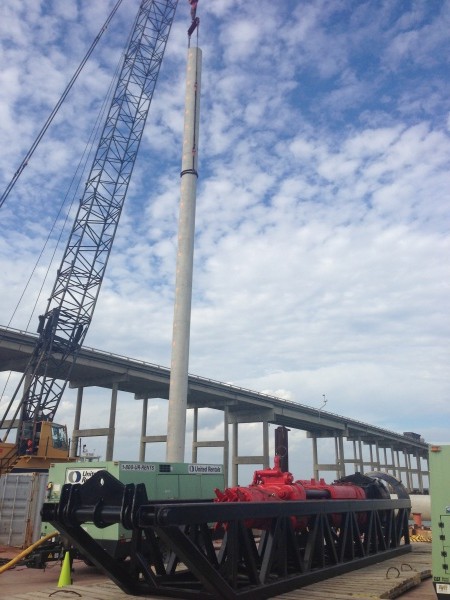 The key to successful hammer operation in proper preparation on deck. Here, the pile in laying on deck with the lifting bale turned up waiting to be connected to the crane to be lifted. 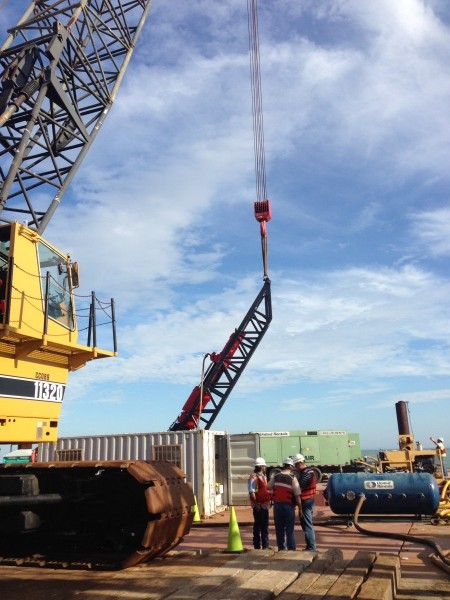 The hammer is lifted slowly off of the deck. As is the case with any heavy lift operation, safety is first to insure a successful lift. 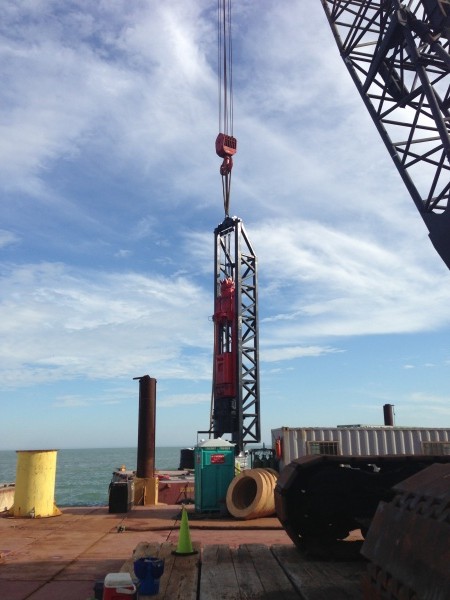 The hammer is vertical. The stabbing bell at the bottom of the hammer has a ring at the bottom to enable the crane operator to stand the hammer and leaders up vertically before lifting the assembly off of the deck. 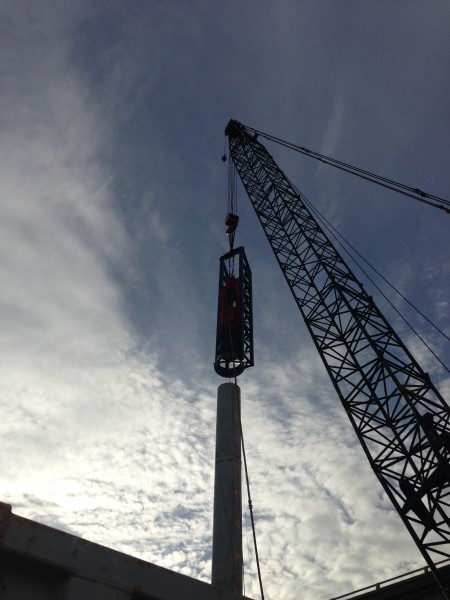 The crane operator then positions the hammer over the pile and, lowers it and seats the cylinder pile cap firmly on the pile. The tapered stabbing bell facilitates alignment between hammer and pile, even on batter.